The History of the AFFC

The Air Forces Flyers Club was the brainchild of Jim Van Nostrand, WA7IFX.  In the early 1980s, he and a small group of World War II flight crew veterans were the first members of AFFC.  Using the telephone, US Postal Service and, of course, amateur radio, they made contact with other service members and established a schedule to get on-the-air and remain in-touch.

There is a natural camaraderie between members of the military, especially between those that faced the same risks and challenges.  The first members of the AFFC all flew combat missions during WWII.  As amateur radio operators, they put out calls for others that shared their experiences.  In no time at all they had put together a roster of over 300 men from across the country.

Men like Dale Carter, N3GTT, who, at the age of 19, flew a P-51 Mustang and was the youngest ace, having been credited with shooting down 11 enemy aircraft. 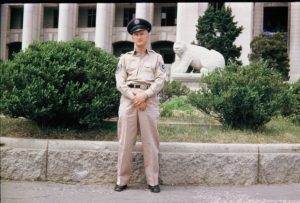 Men like Glen Kessler, a radio operator and gunner on a B-17, who flew 25 combat missions in Europe, earned the Purple Heart, the Air Medal with three oak leaf clusters, and the Distinguished Flying Cross.  Glen is the AFFC's longest tenured member, and a former Commander of the group, having served at that post between 1987 and 1991. 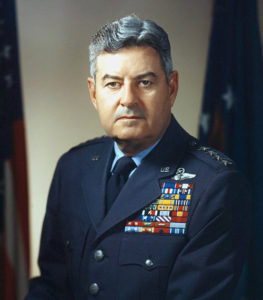 Men like General Curtis Lemay, W6EZV, known as the father of the Strategic Air Command.  Or Senator Barry Goldwater, K7UGA, who was an amateur radio operator for most of his life.

And many, many more.  All with two things in common.  They were all amateur radio enthusiasts, and they were veterans who had dedicated a portion of their lives to support the military aviation mission.

In the early days, there were so many members with varying skill sets and license levels that the group ran nets on a variety of frequencies, days and times.  There was a net for everyone, from the greenest entry-level licensee to the more experienced operator who could communicate as well with a Morse-code key as he could with a microphone.

Today, the AFFC has about 70 registered members, with 30 or so actively participating in the daily net activities.  It operates much like the original AFFC, with the various posts filled by members who are voted in by the group.  With the lower numbers, the need for multiple nets has subsided.  We now meet daily on 20-meters, with additional 40-meter nets on Tuesdays.  (You'll find a schedule of our net activities here.)

You can hear about our history via the miracle of MP3 files!  One of our members, Jon Stromsland, WA6LJS, was interviewed by the Amateur Radio Newsline regarding our history.  With their kind permission, we have posted that interview here.